In recent years, streaming services such as Hulu and Netflix have taken the place of traditional television. A large part of this can be attributed to the expansion of the internet, but another particular advancement has opened the door to such growth. This trend is known as over-the-top (OTT) technology, which has enabled significant growth in online streaming.

The number of users viewing OTT content is rising exponentially. Over the past two years, OTT consumption has increased by 81% according to Effectv’s research. OTT applications and subscription services have mushroomed during this time, allowing people to watch content they want, on the device of their choice.

OTT services like NBC’s Peacock, Disney+, HBO Max, and BritBox have recently launched and are now in direct competition with well-established streaming services like Amazon Prime and Netflix for your attention.

In this article, you’ll learn all you need to know about OTT technologies, starting with what they are and how they work. We will review the various terms used in OTT and deconstruct the components of the technology, including internet connections, content delivery, video players embedded in the content, and OTT platform technologies.

Over-the-top (OTT) media streaming is an emerging form of content distribution that has grown rapidly in popularity.

The OTT technology enables video content to be broadcast over the internet in a way that eliminates the need for traditional streaming services. Gradually, traditional television is being replaced by OTT distribution.

In the past, video broadcasting was accessed through satellite or cable only on a television set. OTT setups, on the other hand, have now allowed viewers to watch their favorite content on any internet-enabled device including smartphones, tablets, laptops, and desktop computers.

These are some of the key terms all TV viewers should be aware of:

It encompasses all methods of delivering content that go beyond the traditional TV delivery model, such as apps and other devices.

It is common for these services to be referred to via acronyms such as OTT, TVE, CTV, OLV, VOD, TVOD, SVOD, PVOD, and AVOD. The meanings and functions of these acronyms are explained below.

By accessing their favorite subscription-based service over the internet, TV everywhere (TVE) enables consumers to view entertainment content from any location. TVE, also known as authenticated streaming or authenticated video on demand (VOD), is a new technology that allows users to watch content anywhere they have access to the internet, such as at home, at work, and in the car.

A connected TV (CTV) is a device used for streaming video content from a computer or mobile phone to a smart television. The US alone has 224 million CTV subscribers, making it a widely popular streaming service. A CTV can be a smart TV,  a digital media player, or a gaming console. In essence, it is a device that lets you connect to the internet in order to watch videos.

Ads for online video (OLV) appear after, during, and before videos on websites. You can view OLV ads on desktops, mobile phones, and tablets, across browsers and apps. In addition, OLV advertisements may be embedded within articles, or they may appear as banner ads displaying interstitial video, video in-article, video in-feed, video in-banner, and video in-article.

The pay-per-view (PPV) model is used to procure TVOD  (transactional video on demand) content. The content can either be purchased for repeated viewing or rented for a single viewing. An example of such a service is Amazon Prime Video.

SVOD is a form of video on demand that consumers can access with a subscription fee to a particular service, allowing them to download as much content as they want.

PVOD is a relatively new concept, in which content providers such as film studios charge a higher fee for higher-quality videos. In the past year, the availability of this type of content has increased as some studios have released films directly to streaming services while theaters were closed.

Advertising-based video on demand (AVOD) requires no monthly subscriptions or transaction fees since the content is monetized by advertisements. IMDb TV is an example of an AVOD service. AVOD offers a variety of streaming options for viewers. During January-March 2020, 50% of US adults ages 18-44 subscribed to an AVOD service; 47% intend to subscribe to another within a year.

IPTV is a method of delivering television content over a network based on the Internet Protocol (IP). Traditional formats of delivery, such as cable, terrestrial, and satellite television, cannot provide this type of delivery. This source media can be continuously streamed through IPTV, unlike downloaded media. An example of IPTV is MetroNet TV, which delivers its subscribers both local and premium channels over 100% fiber-optic internet connection via MetroNet Internet.

OTT Technology: How Does It Work?

Though OTT streaming is often easier to use, the technology behind it is more complicated as compared to traditional broadcasting.

The following is an example of OTT technology in action:

Now that we understand the process, let’s explore the different technologies at play:

Content delivery networks enable OTT media distribution.   This type of network transports content from one server to another. Broadcasters typically don’t have to worry about CDNs because most online video platforms partner with professional CDNs.

Choose a video hosting service that uses a Global Content Delivery Network with servers located all around the world. This will ensure that your stream is of high quality for viewers everywhere in the world. Lagging and buffering will also be reduced this way.

Self-hosted sites, however, require their own CDN. It can get confusing and expensive with CDN pricing structures, so you’d be best off choosing a platform that has a CDN built-in.

It is recommended that upload speeds range from 672 kbps to 61.5 Mbps for OTT streaming. You should have at least double the bandwidth you plan to use if you want to stream high-quality content. Do a quick Google search for “internet speed test” to find out your internet speed.

Viewers who want to access OTT content have a little bit of choice when it comes to download speeds that are considered sufficient. As a matter of fact, video quality is a determining factor in the required speed.

We have broken down the speed recommendations into the following categories:

OTT content can usually be accessed through WiFi at home, but viewers on the go may access OTT content through cellular data. While WiFi in the home tends to be more reliable, cellular data can be used too.

Video Players Embedded in the App

It’s important to develop a platform that can integrate your video player and display your library of video content so that you can stream OTT video easily. To maximize accessibility and compatibility, the majority of OTT platforms offer Smart TV, mobile, and desktop versions.

You should ensure that your online video platform gives you access to mobile SDKs and APIs so you can build a platform that is tailored to your audience’s needs.

To watch OTT content, you need a device with internet access. Video players on your OTT platform need to be accessible from viewers’ devices. The great thing about OTT videos is that they can be viewed on computers, Smart TVs, and many other devices.

Changes in the Media Industry Brought About by OTT Technology

The evolution of media has been aided greatly by OTT technology. Around the world, audiences are cutting the cord on cable because of it. The number of cable subscribers who will cancel their service will increase by about 25% by 2022.

There are a few different ways in which OTT technology has transformed traditional television viewing. To begin with, movies and shows can now be watched on just about any device that is connected to the internet.

You can use different devices to access OTT streaming accounts from any location in the house or outside, so wires and hookups are no longer a problem.

By using your smartphone, tablet, or tablet you will be able to access the subscriptions and videos you have purchased even while on vacation. By cutting the cord, viewers can enjoy so much flexibility and make the most out of their subscriptions to OTT platforms.

Sports fans especially, will benefit from the growth of OTT streaming. Traditional television only broadcasts certain games in certain regions. OTT, on the other hand, allows you to follow your favorite sports teams wherever you live.

With the emergence of OTT, binge-watching has become a major trend. While traditional television broadcasts episodes every week, Netflix and other platforms air entire seasons of shows at a time. This has led many people to binge-watch shows because they are excited about the upcoming episodes or to avoid spoilers posted by friends, family, or others. Our consumption of video content has changed as a result of OTT technology.

Companies in every industry have a lot to gain from this technology. Media consumption and television have already been transformed by it. In the near future, OTT will have a profound impact on industries, including health and wellness, retail, and education. 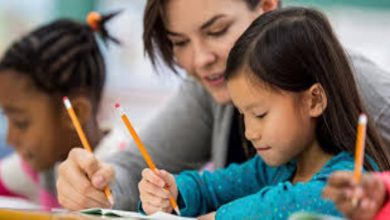 Teaching Your Children to Read 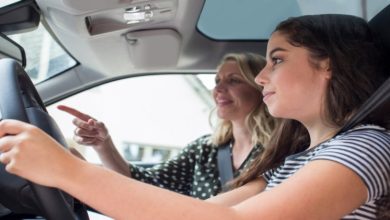 When You Drive, Are You Sure You’re Doing It Correctly? 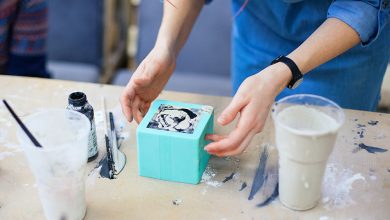 6 Things You Need To Know About Resin Mould 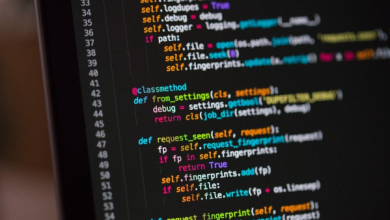